This article represents a CV of my independent work outside of professional development. All of the projects listed are game engines or related tools of varying degrees of completeness, dating back to around 1994. The projects show a progression that roughly coincides with evolving technology and industry practices over the years. Also shown is a buildup of sophistication and evolving programming styles. I've tried to approach each successive project with a new mindset, and use them as testbeds for learning and research. I've listed the notable features of each project and provided links to github for reference. Projects are listed chronologically, newest to oldest. Many of the older projects are missing binaries and no longer compile on modern tools, but screenshots are provided when possible.

Quagmire is a re-implementation and continuation of the complete feature set of Griffin from the ground up, with additional features and guidelines that improve iteration times and quality of life while working on the project. This engine is still a work in progress.

The code style is in stark contrast to Griffin, showing a paradigm shift away from "modern" C++11/14, OOP, RAII, and templates, and toward procedural programming. Code is written from the mindset of data transformation; closer to the metal, and regarded as a thinner layer over the machine instructions generated by the compiler. Memory is treated like memory and not some abstract thing. This shift was inspired, in large part, by prominent developers Casey Muratori, Stefan Reinalter, Jonathan Blow, Bret Victor, Mike Acton and Chandler Carruth, among others. Inspiration also came from the fact that continued development of Griffin was akin to dragging an anchor through mud.

Quagmire is a continuation of my practice of data-oriented design and improvement to my entity-component-system architecture ideas. One key improvement is better APIs and a simplified code structure throughout the project. I have been able to introduce SIMD intrinsics in many places due to the use of SoA and AoSoA patterns.

Quagmire is also the launchpad for my current game project, with the goal of an eventual commercial release. 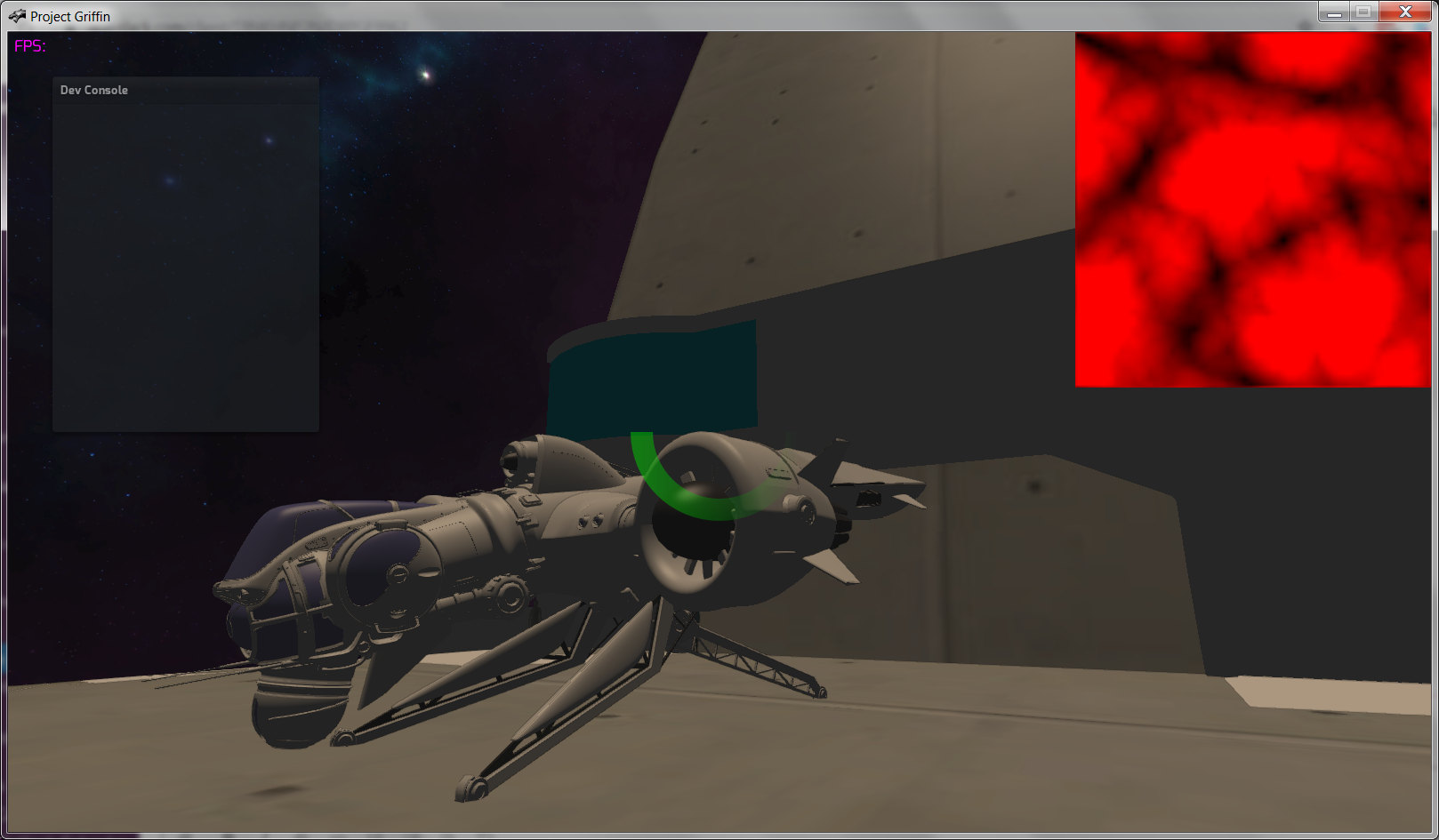 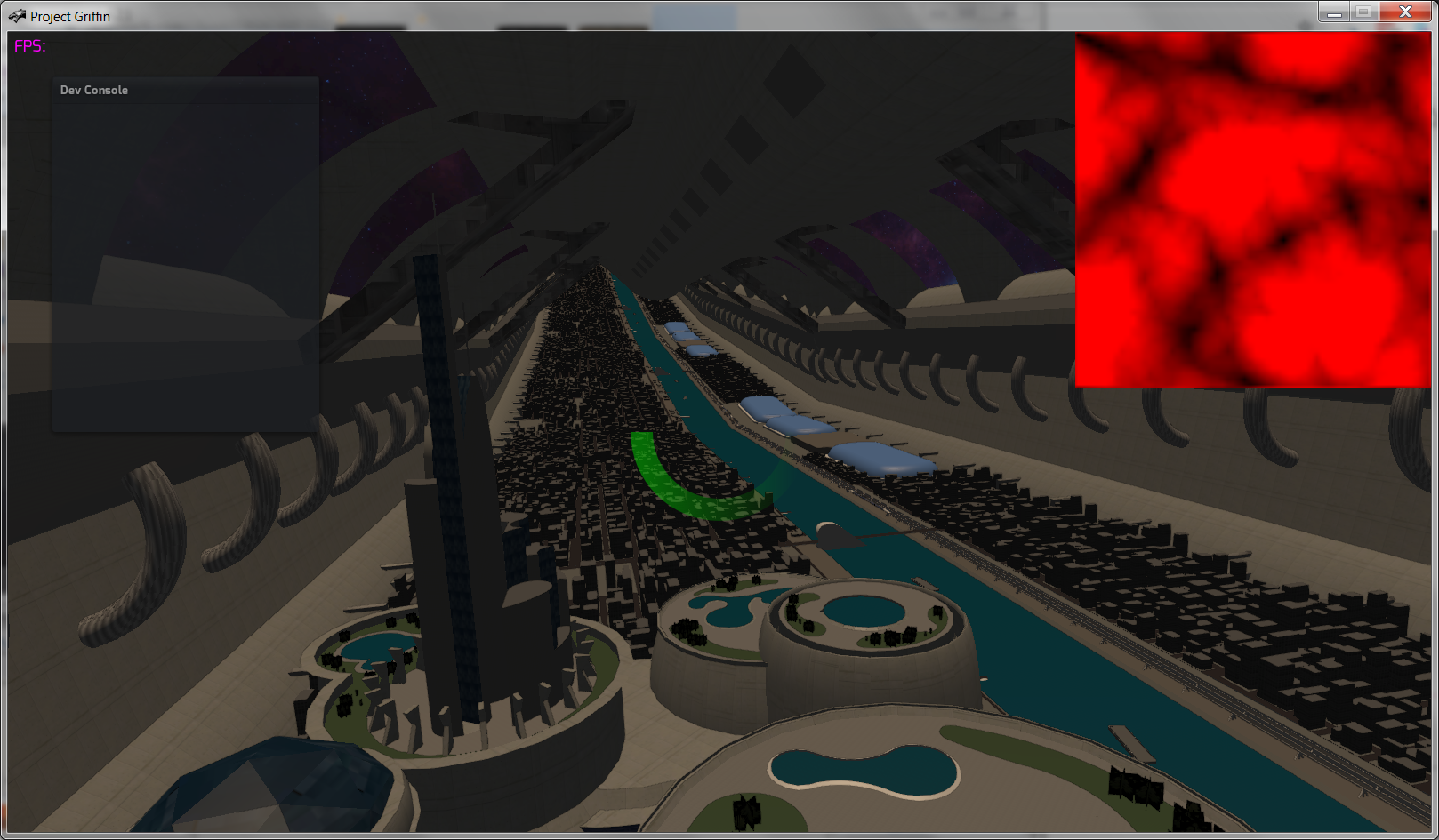 Griffin brought forward the development from many of the older projects into a more cohesive engine. This was also my first foray into data-oriented design principles and ECS architecture. Development of Griffin halted in 2015 with the start of Quagmire.

https://github.com/y2kiah/icarus Icarus was a continuation of the Nebulous project in order to explore rigid body physics and realistic flight modeling. 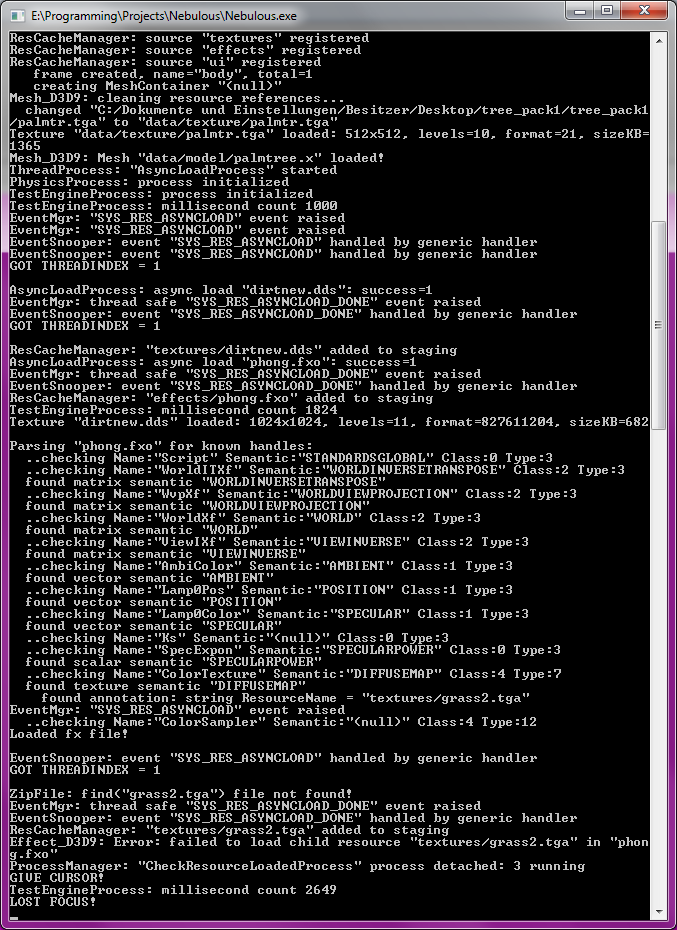 Nebulous was a departure from OpenGL over to Direct3D 9 in order to further explore shader-based rendering pipelines the Effects Framework. This project was also an experiment in a heavily event-driven architecture. Finally, this was a testbed for research into fractal noise algorithms in order to drive procedural terrain generation. 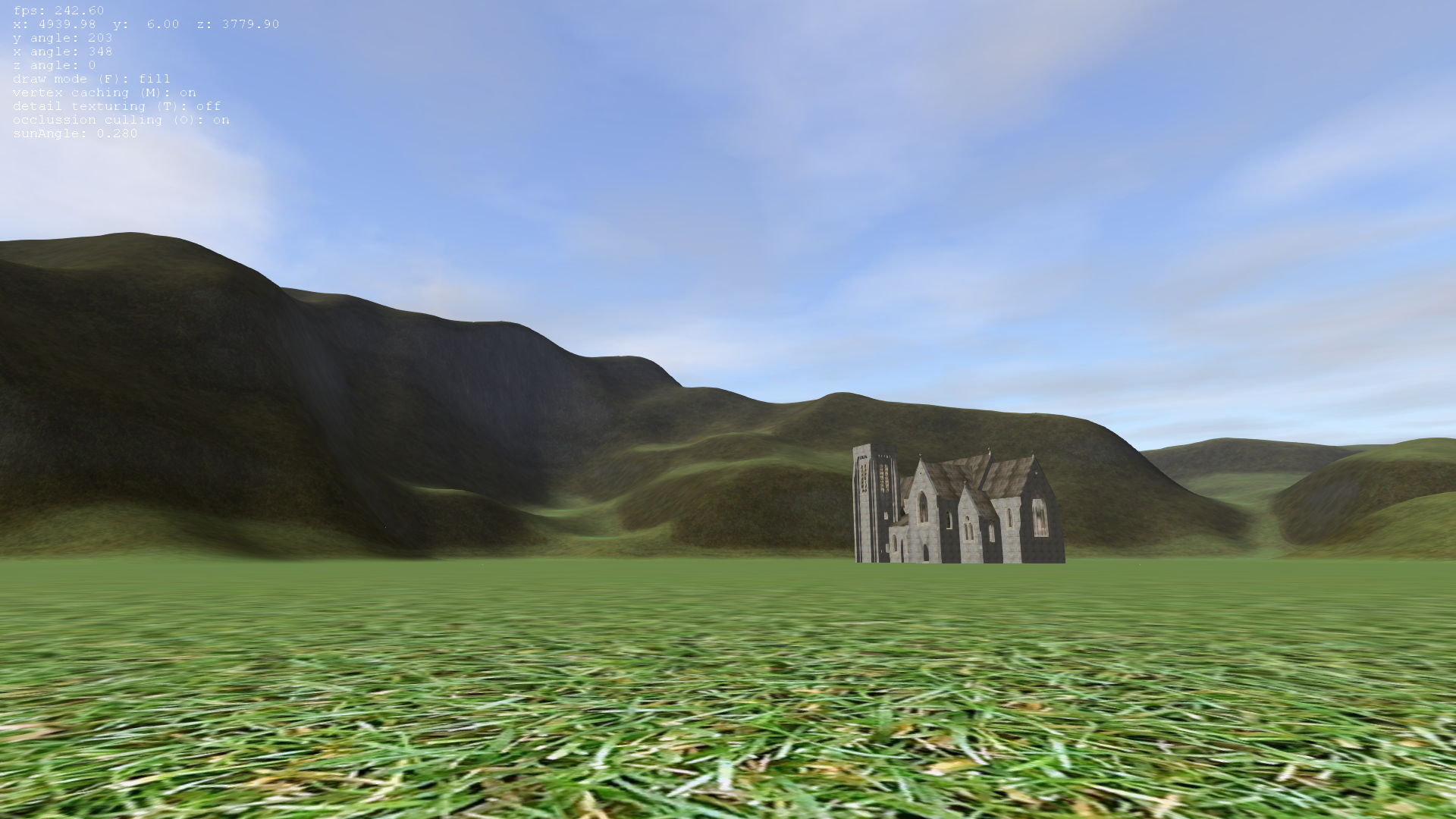 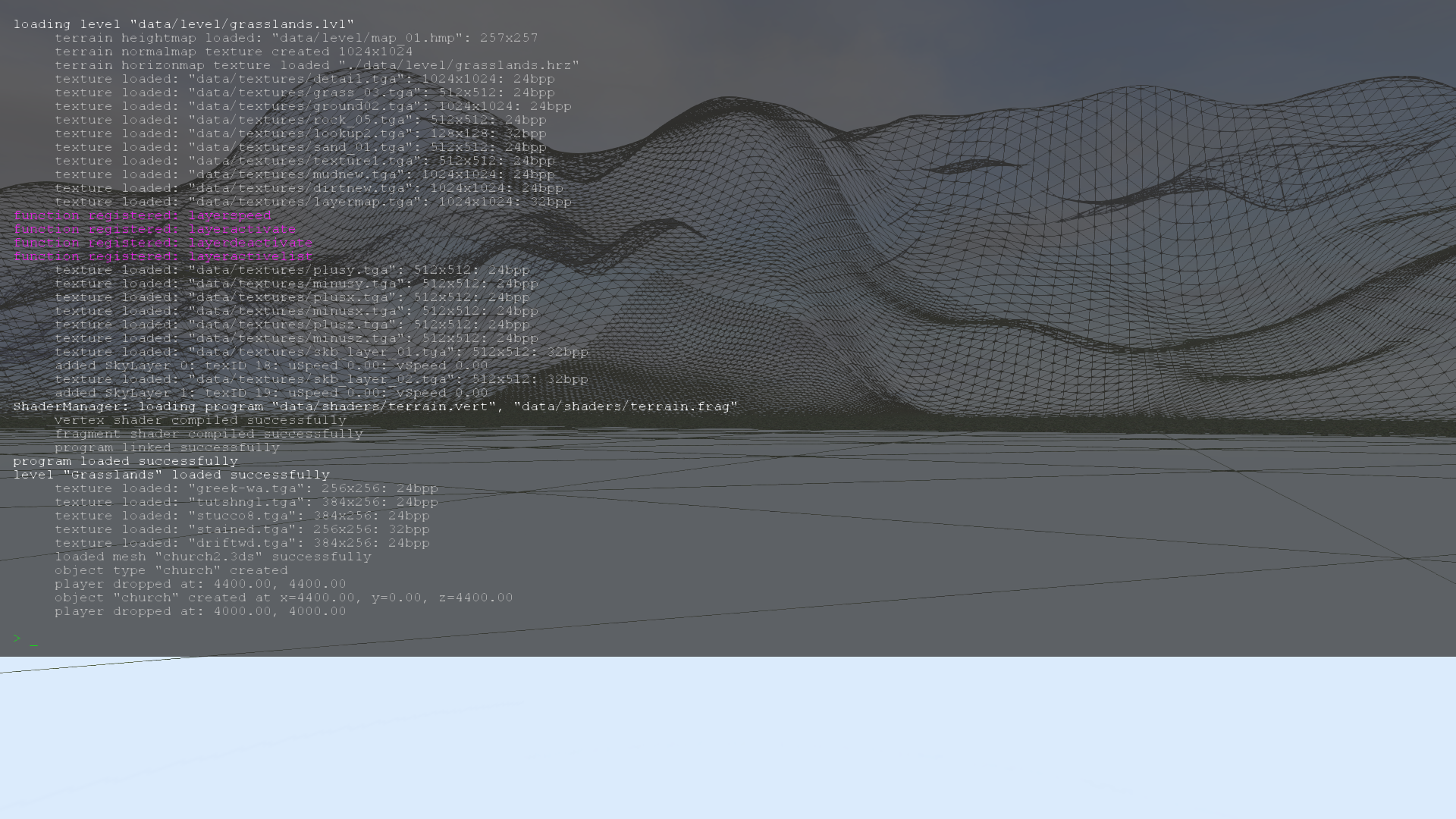 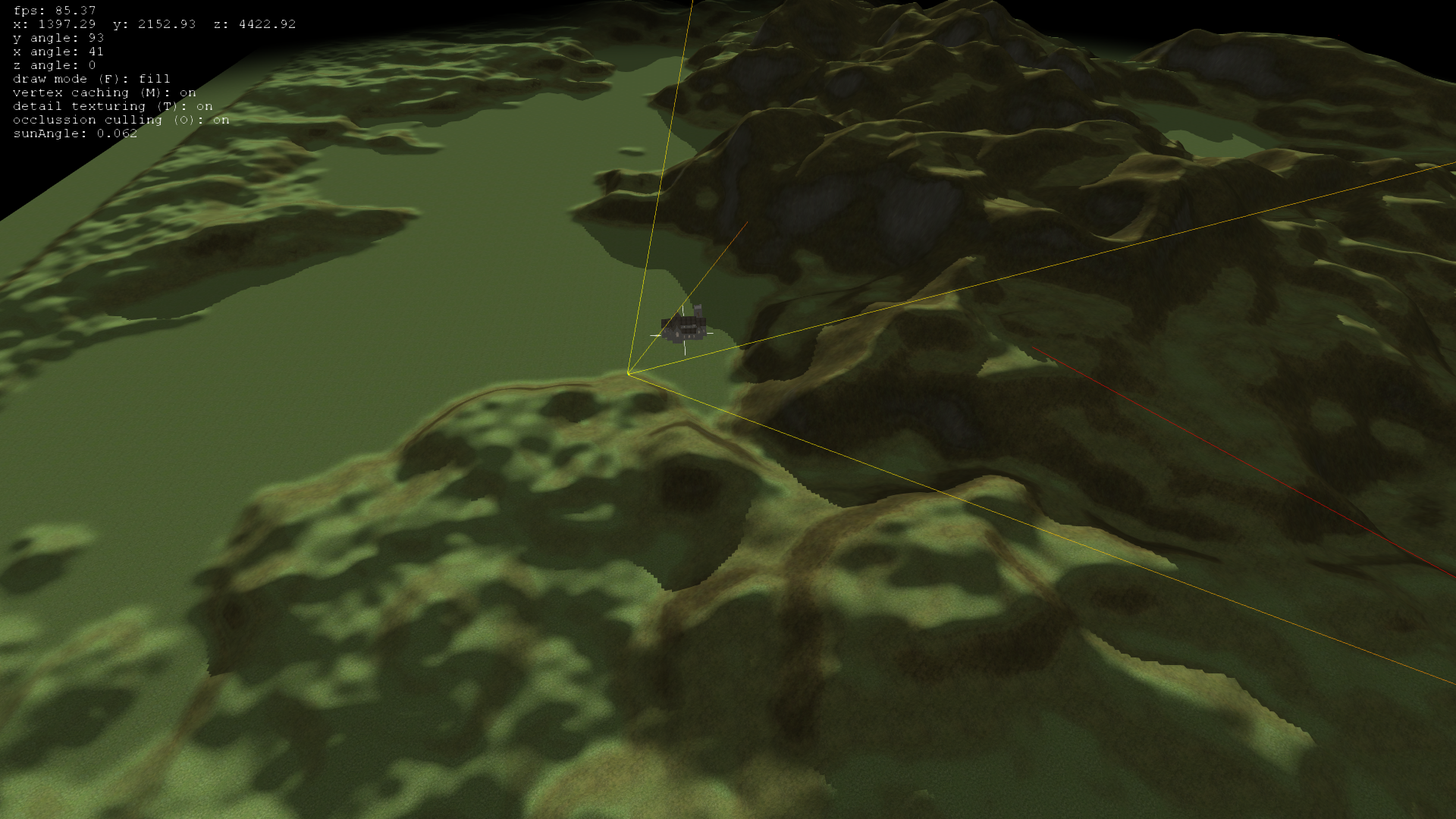 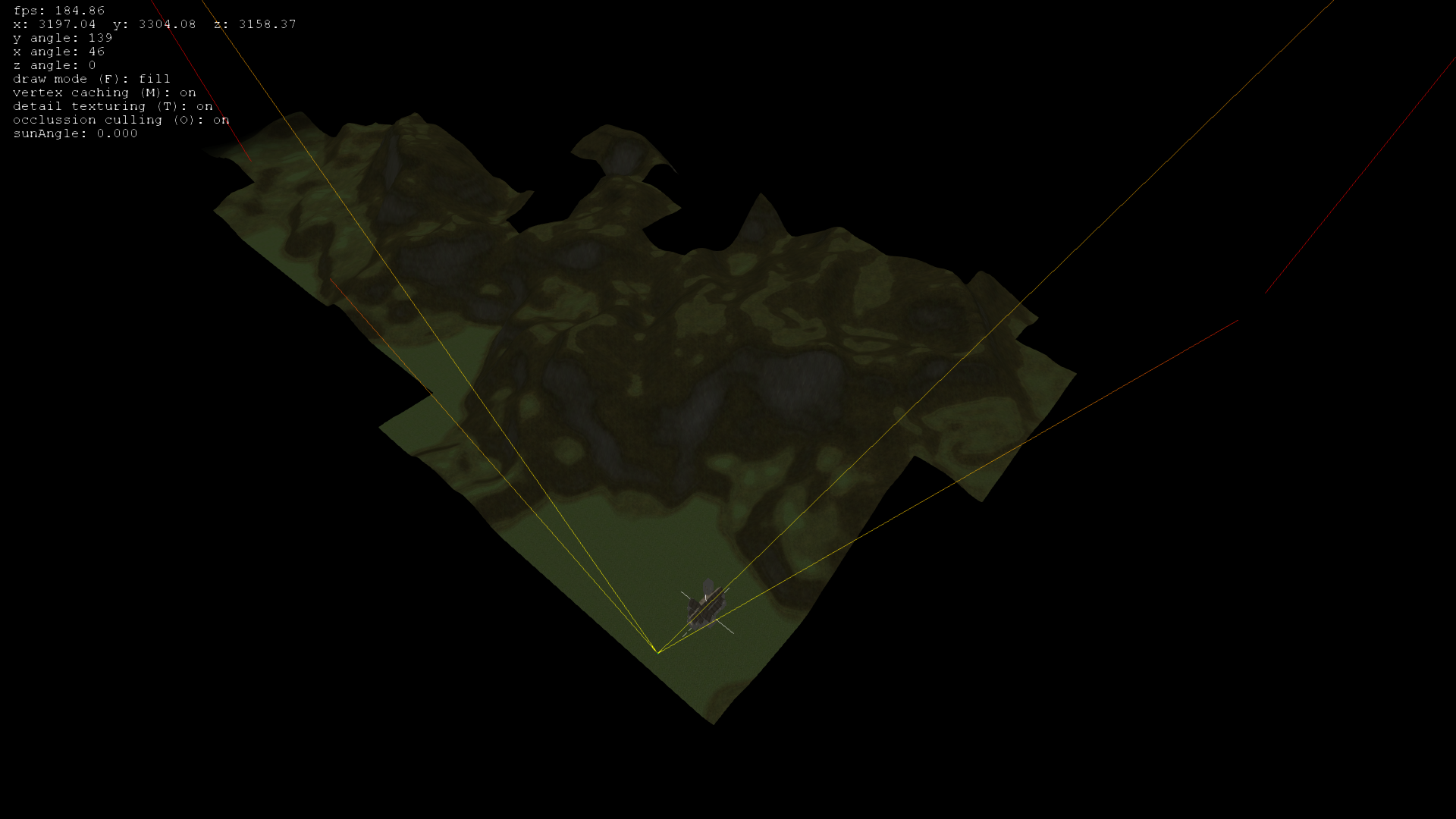 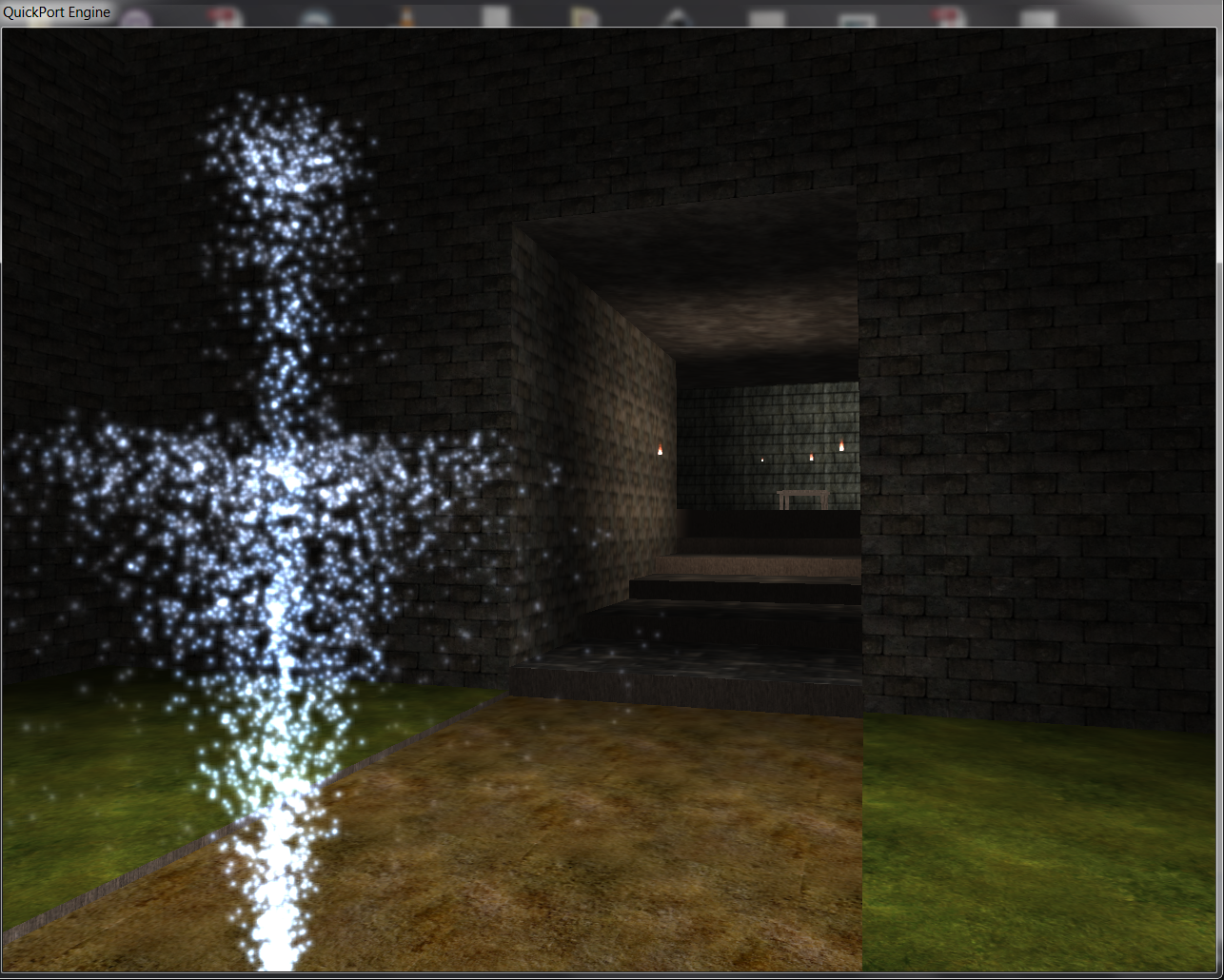 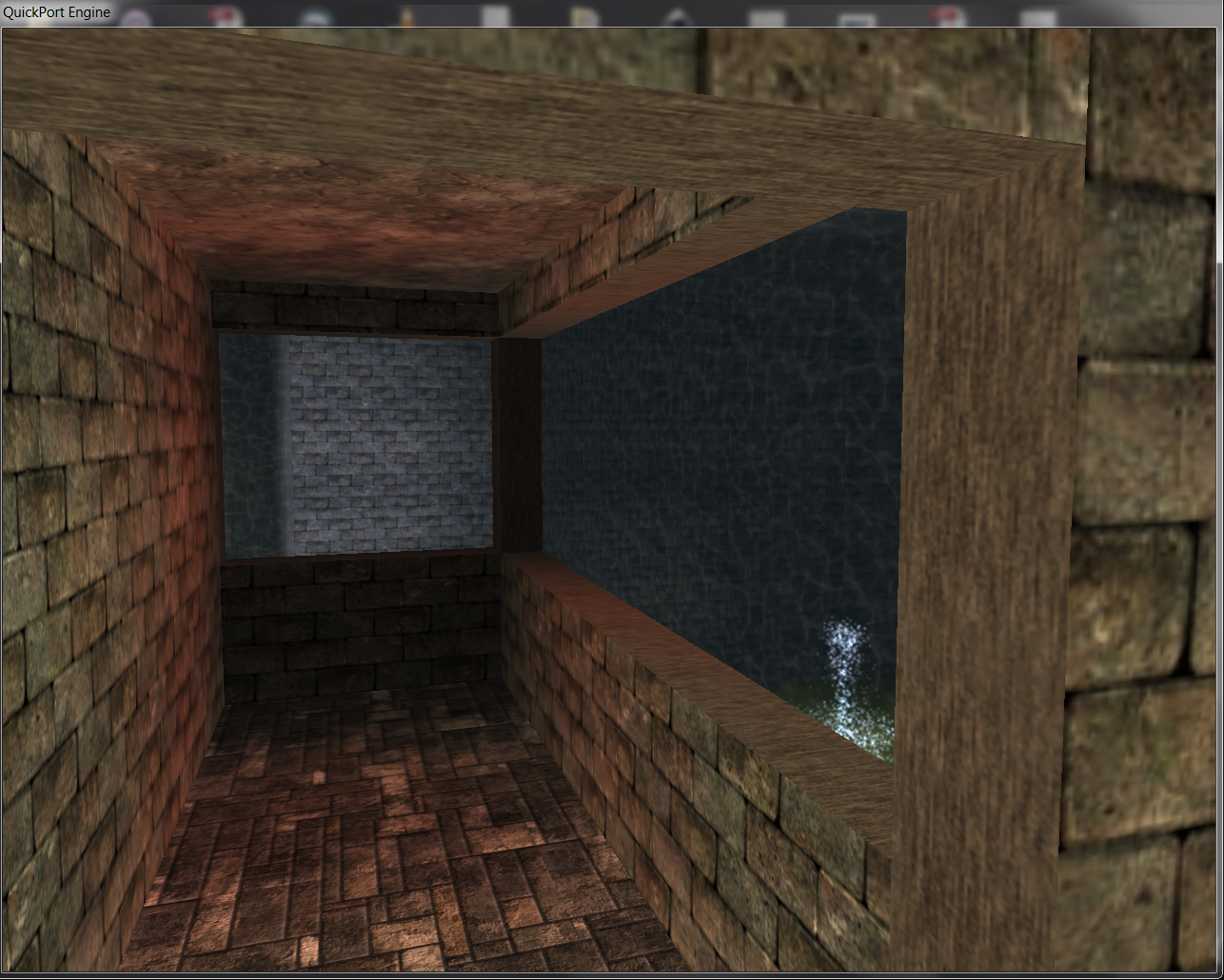 Quickport was a portal rendering engine experiment to test the idea of a fast "2.5D" world authoring format in the same vein as Doom, but using full 3D rendering rather than raycast rendering. The dynamic lighting scheme used fixed-function blending of a circular texture projected onto each wall in the direction of the plane normal, scaled based on proximity, and modulated by color. At the time, pre-baked lightmaps were the norm and this was an attempt at fully dynamic lighting (before programmable shaders made that easy to achieve). Quickport also served as a testbed for a particle system, collision detection/response, and sound integration. 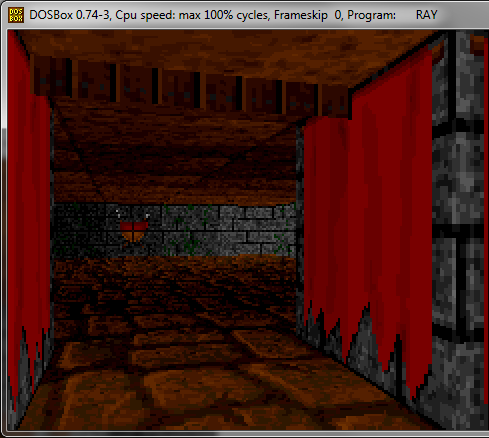 Ray was a project in 1994-1995 to learn the technique of Wolfenstein3D-esq ray casting. My engine was able to handle transparency and sliding doors. One feature Ray had that Wolfenstein did not was dynamic cell lighting with up to 7 shades of 32 colors on a 256 color VGA palette. Ray was written in DJGPP for DOS using the Allegro library. 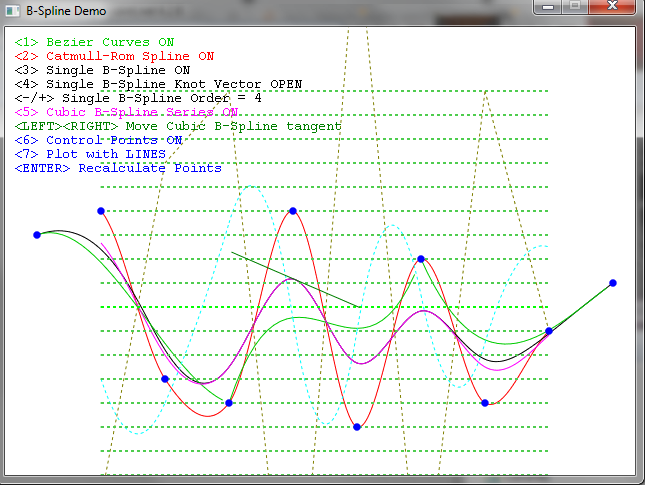 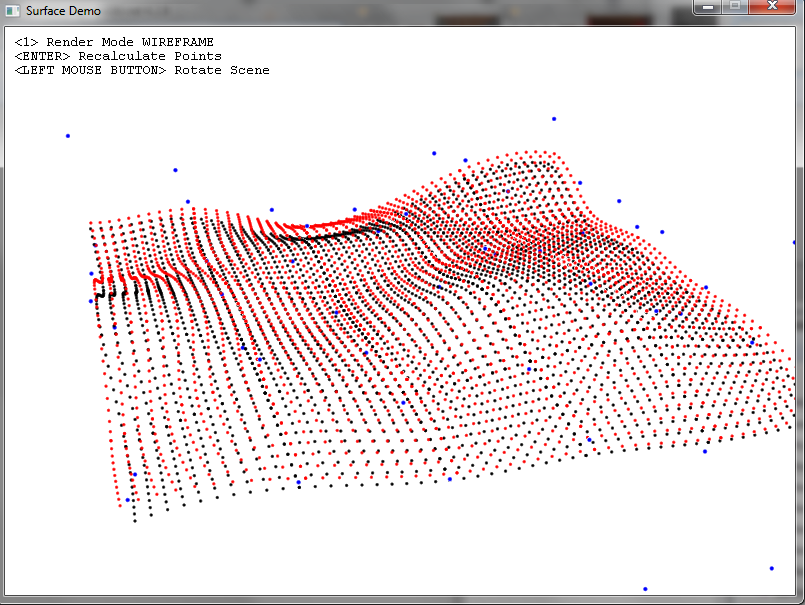 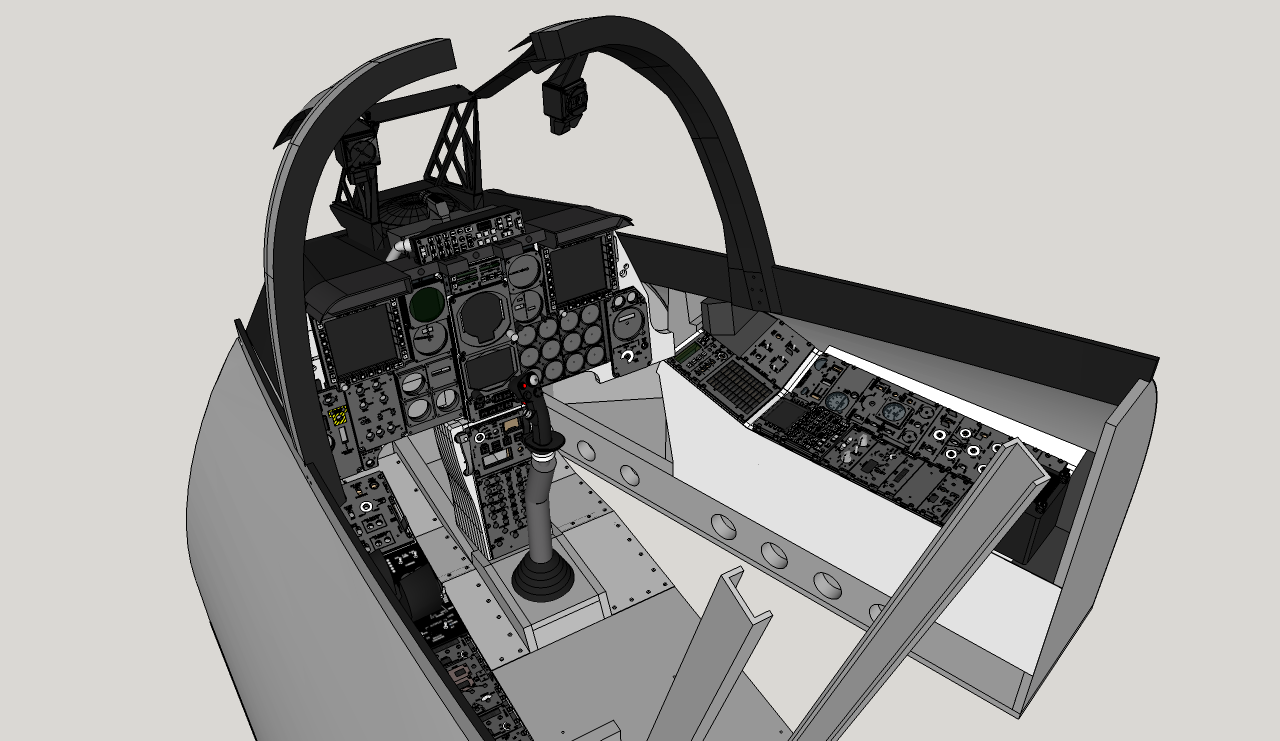 Introduction This article explores the creation of a data container for game programming. This container is meant to take…